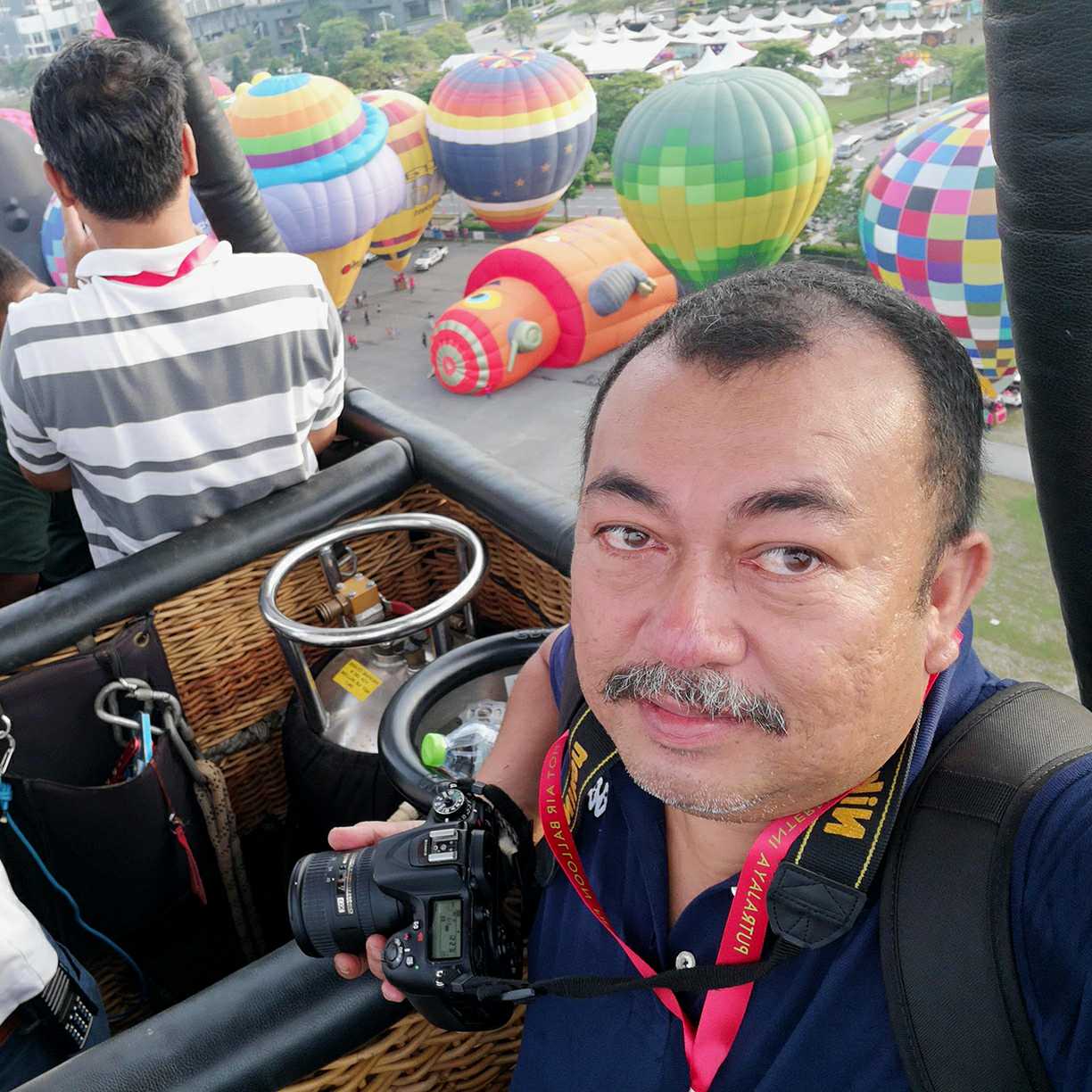 Zain Abdullah is a self-taught photographer and has about 20 years of experience as a serious amateur photographer. His photographic works have been published by local publications namely Spirit of Malaysia coffee table book, Advanced Images magazine, Senses of Malaysia magazine, KL The Guide as well as international publications such as Islamica magazine, Fah Thai (in-flight magazine of Bangkok Airways), Woodmanstern UK and National Geographic magazine under Your Shot section.

Besides his passion in photography he is also equally interested in architectural heritage. He once gave a talk to a group of heritage buffs entitled “The influence of Islamic Architecture on Colonial Buildings in Malaysia”. The slide can still be accessed at https://www.slideshare.net/zainabdullah71. He was interviewed by the New Straits Times on his passion for architectural photography especially of heritage buildings. The interview was published in the New Straits Times dated 6 February 2017 in conjunction with the Federal Territory Day on 1 February. For his passion in architectural heritage he once served as a volunteer photographer for Badan Warisan Malaysia for 2 years (from 2014 to 2016).

He has been one of the judges for the photo contest organized by Perdana Leadership Foundation for the third times including the latest Merdeka Photo Contest with the theme of Malaysia United.

– Framing
This is a technique to use when you want to draw attention to something in your photograph. By framing a scene or a subject, say with a window or an archway, you lead the viewer’s eye to the primary focal point.

– The Golden hour / The Magic Hour
Shoot portraits, architecture and landscapes at the golden hours — the light is softer and the colours are more vibrant. The golden hours are generally one hour after sunrise and one hour before sunset, provided the weather is clear.

– Shutter speed
Being aware of your shutter speed means the difference between taking a blurry photo and a sharp photo. It all depends on what you are after. If you are shooting a sporting event or children running around in the backyard, you probably want your subjects to be in focus. To capture fast action, you will have to use a shutter speed over 1/500th of a second, if not 1/1000th to 1/2000th. On the opposite end of the scale, you might want to capture the long streaks of a car’s tail lights running through your shot. Therefore, you would change your camera’s shutter speed to a long exposure. This could be one second, ten seconds, or even longer.